Rust is a natural material, and rusting is a natural process, but that doesn't mean it's a benign one. Rust can make bolts and screws weaker and less likely to hold well, and in some cases, it can destroy the bolt. Tiny spots of rust might not seem that bad, and in fact they may actually be within tolerance for that particular piece of equipment. But if you let them go for long enough, the rust can multiply and really cause a problem.

If your equipment inspections have lately not been that focused on finding small spots of rust, especially on bolts, check them over and change out the ones that are starting to get rusty. It may not seem like such an urgent task now, but if you have the time, you may as well take care of that little bit of rust now.

Steel is prone to rusting, so an alloy of steel, chromium, and carbon is often used. This is what stainless steel is made of, and it's a highly rust-resistant metal that is great for use in humid or marine environments.

Rust appears on stainless steel in two situations, however. One involves little bits of iron landing on the stainless steel, such as when you use an iron tool to fix something. That iron residue can rust over time. You may actually be able to clean off that rust, thus saving the metal.

The second situation involves the stainless steel getting scratched and removing a bit of the protective chromium layer that forms the steel's surface. That chromium prevents the steel from rusting, so a scratch is a breach that allows the steel underneath to come into contact with water and oxygen, increasing the chances of rusting. If you've been tightening bolts well or have had to unscrew them periodically, you could have caused a scratch or two that resulted in rust.

What Rust Can Do

Rust can make the screw or bolt stick, leading to stripped bolt heads and stripped threads. The rust can also eat into the metal and weaken it, making it possible for the bolt to break or fall out. It follows that if you don't let the bolt get too rusty, then the equipment and fasteners will stay securely in place.

Obviously, you don't have to replace every single bolt if you find one bit of rust. but if you do see rust forming on a bolt, see what caused the rust and act accordingly. If it's surface rust, you may be able to clean it off. If it's rust that's in the steel, then you need to replace the bolt. 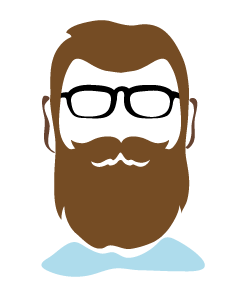 Hello, my name is George Westland. Welcome to my website about the proper operation of industrial equipment. When industrial devices are used as directed, they can facilitate the creation of an amazing array of products. When the equipment falls under untrained hands, however, the results can be devastating. My site will explore the proper way to approach the use of each type of industrial equipment. I will talk about safety information and usage techniques required throughout this industry. Please feel free to visit my site daily to learn about each type of equipment used in the industrial field. Thanks for your visit.

3 Reasons To Use A Hand Truck To Move Products
3 August 2021
Shipping and receiving activities play a major role in the day-to-day operations of many businesses. Finding simple ways to streamline these processes …

Use The Same New Restaurant Supplier To Get Your Kitchen And Dining Room Up To Speed Quickly
15 April 2021
The decision to open your own restaurant or food business can be a life-changing one. A new restaurant that is well-received by your community can set …